Some very thirsty trees are being planted this week beside the Nashwaak River on a huge chunk of city land, part of a larger effort to restore the sensitive environment to its natural state. About a dozen Indigenous workers on Wednesday worked the land at Neil’s Flats, located just off of Canada Street on the north side. Hidden by a strip of silver maples, most of the more than 50 hectares is abandoned farmland, once used for haying. The thick grass has become its own habitat, preventing trees from growing.

Misty Paul of St. Mary’s First Nation says she loves this kind of work because the trees will help prevent future flooding and keep the tributary healthy for fish and other creatures. “Anything that absorbs the water and keeps the water, those kinds of trees are perfect,” she said as she planted an oak seedling. “The big trees that remain beside the river have a huge root system. They soak up and keep the water, and they’ll feed these new trees and help them grow, so that one day, this place will be full of trees.”

The work is taking place thanks to a partnership between the Nashwaak Watershed Association, several Wolastoqey First Nations, the federal Fisheries and Oceans Canada (DFO) and the municipality. Over the last few years, Indigenous workers who normally spend much of the warmer months doing fish counts as part of scientific surveys in the St. John River system have also joined the watershed association to help plant thousands of trees on two city-owned properties: Neil’s Flats and Marysville Flats. They plant only native species, such as silver maple, bur oak and the endangered butternut. On this day, more than 100 trees worth $15 each were donated by Liberty Tree Nursery of nearby Beaverdam.

The group carefully measured out several rows, making sure the holes were spaced two metres apart. Silica gel beads were dumped in to help retain moisture, and then a tree was plopped in and surrounded with soil. The last step is dumping a pail of water from the river on the soil surrounding the tree. The watershed association plans to fill the entire floodplain in this area by 2030. Marieka Chaplin, the association’s executive director, said silver maples are one of their favourites because a single tree can soak up 220 litres of water per hour. She pointed out the silver maple floodplain forest is the most disturbed kind of land in eastern North America, once prized by farmers because of the rich soil and easy access to water.
Her organization tries to convince waterfront property owners to convert their lands back to forest to help ease flooding and restore habitat.
“We know we have flooding issues and climate change,” Chaplin said. “It’s way easier and cheaper to have the trees do the work than build storm retention ponds and other expensive engineering projects.”

A floodplain forest, Chaplin said, has twice as much biodiversity of an upland forest. The cool shade and woody debris supplied by overhanging trees lowers water temperatures, making them ideal for endangered species such as wild Atlantic salmon. That’s one aspect that inspires Brian Polchies of Woodstock First Nation, who spent springs in his childhood picking fiddleheads and whose ancestors used to smoke and eat fresh salmon as their main staple. He’s been working with DFO since the early 1990s doing scientific data collection on rivers such as the Tobique, Nashwaak and Big Salmon. He enjoyed taking time out Wednesday to plant trees. “The salmon numbers have dropped considerably since I first started on all rivers. All of them. It’s concerning,” Polchies said. “That’s why I like doing what I’m doing. I’m trying to help. Whether it’s doing any good or not, only posterity can say.”

For the article as it appeared in the newspaper:

Today on Endangered Species Day we celebrate and commit to protecting biodiversity. Please consider volunteering with us or one of wonderful NB organizations working to protect species at risk in our province. #endangeredspeciesday #protectbiodiversity #volunteer https://t.co/e68zkeGxNE 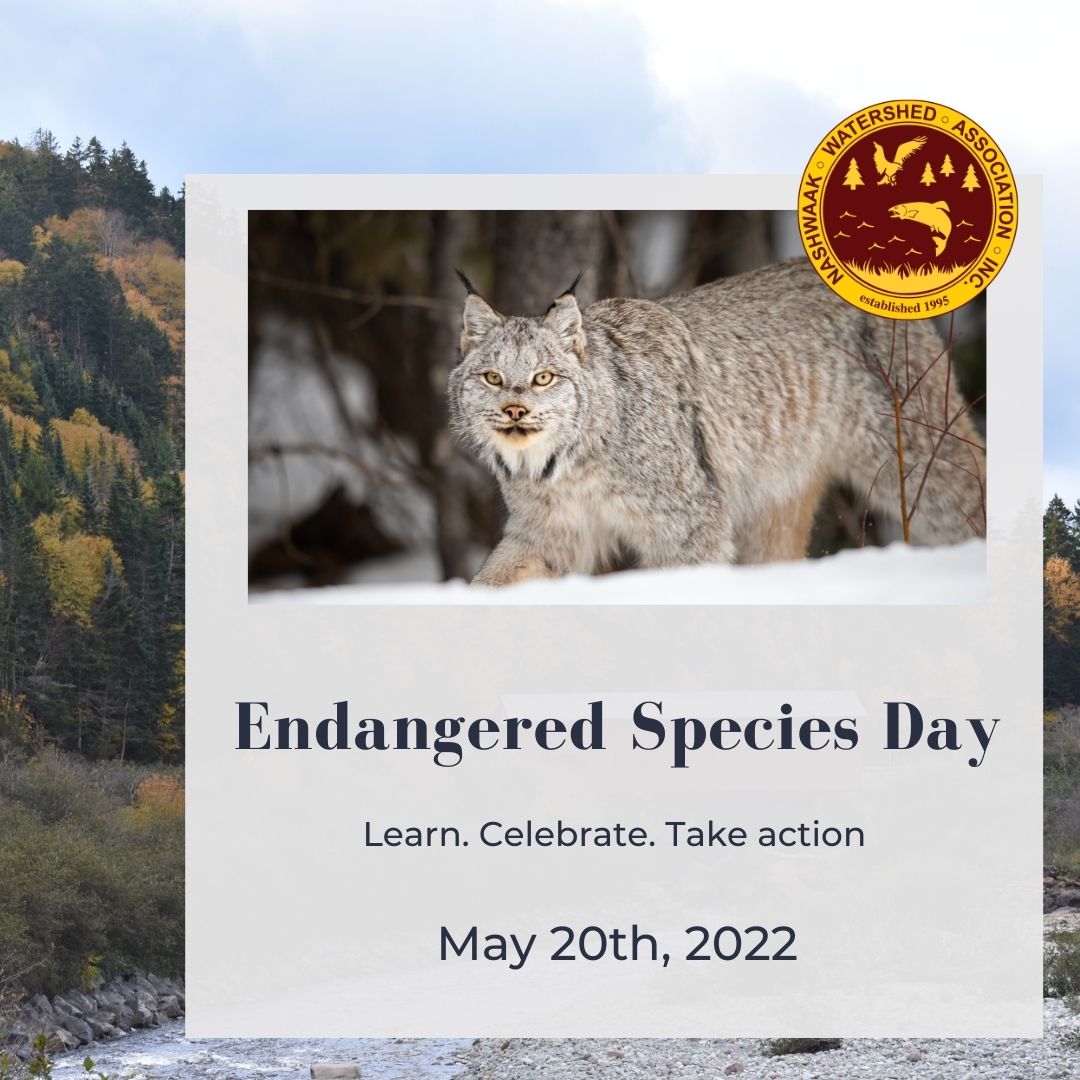 We took part in a Wilderness First Aid Course this week. Blair Doyle ran us through realistic wilderness scenarios that taught us to keep a cool head and figure it out how to care for injured people in the great outdoors. Special thanks to @MCFTfredericton for hosting us! https://t.co/qUOHs7LYDO 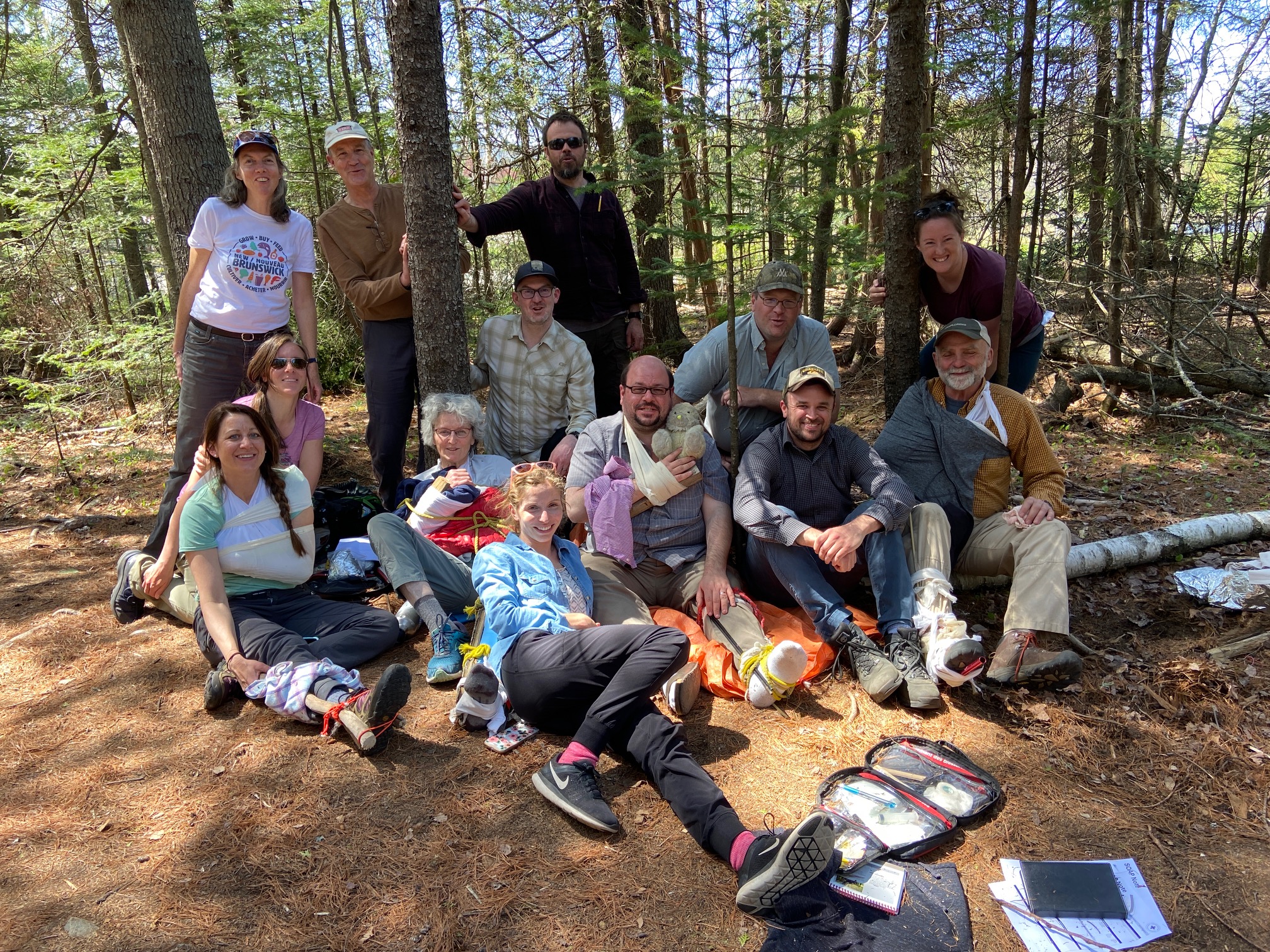 World Migratory Bird Day was yesterday, 2022's theme is light pollution. Migratory birds travel throughout the day and night. Consider having your outdoor lighting on a timer and or motion sensor to reduce impact in the evening hours. #migratorybirdday2022 #lightpollution https://t.co/LVB2OR3q3o 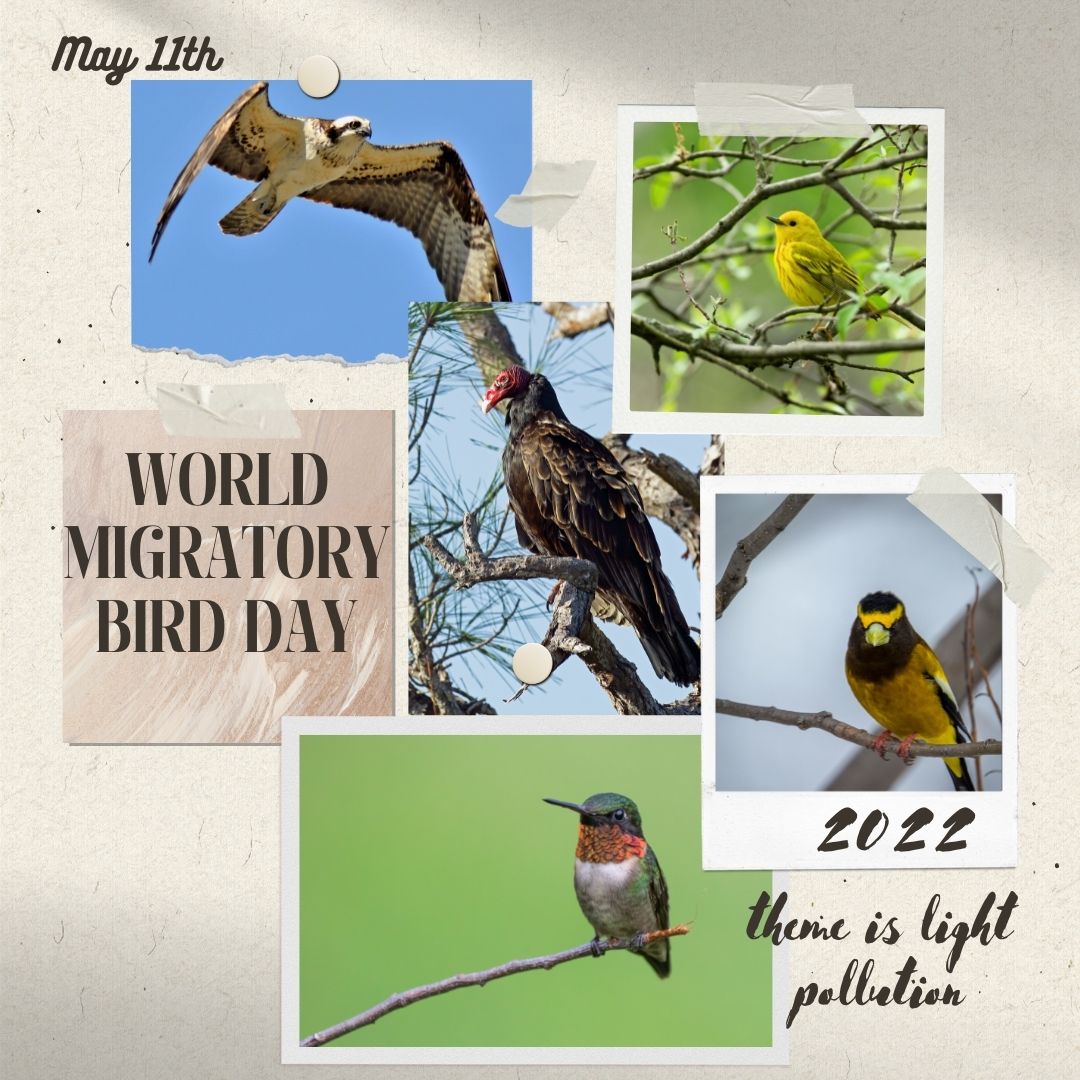 Bio-diversify your yard like landscape photographer Jason Nugent of Devon, NB! Take the NWAI "Natural Yard Pledge" and commit to 3 of our 10 pledge actions to encourage native flora and fauna on your property and in your neighborhood. #MyNashwaak #NaturalYardPledge #nativespecies https://t.co/F7z5my7hnQ 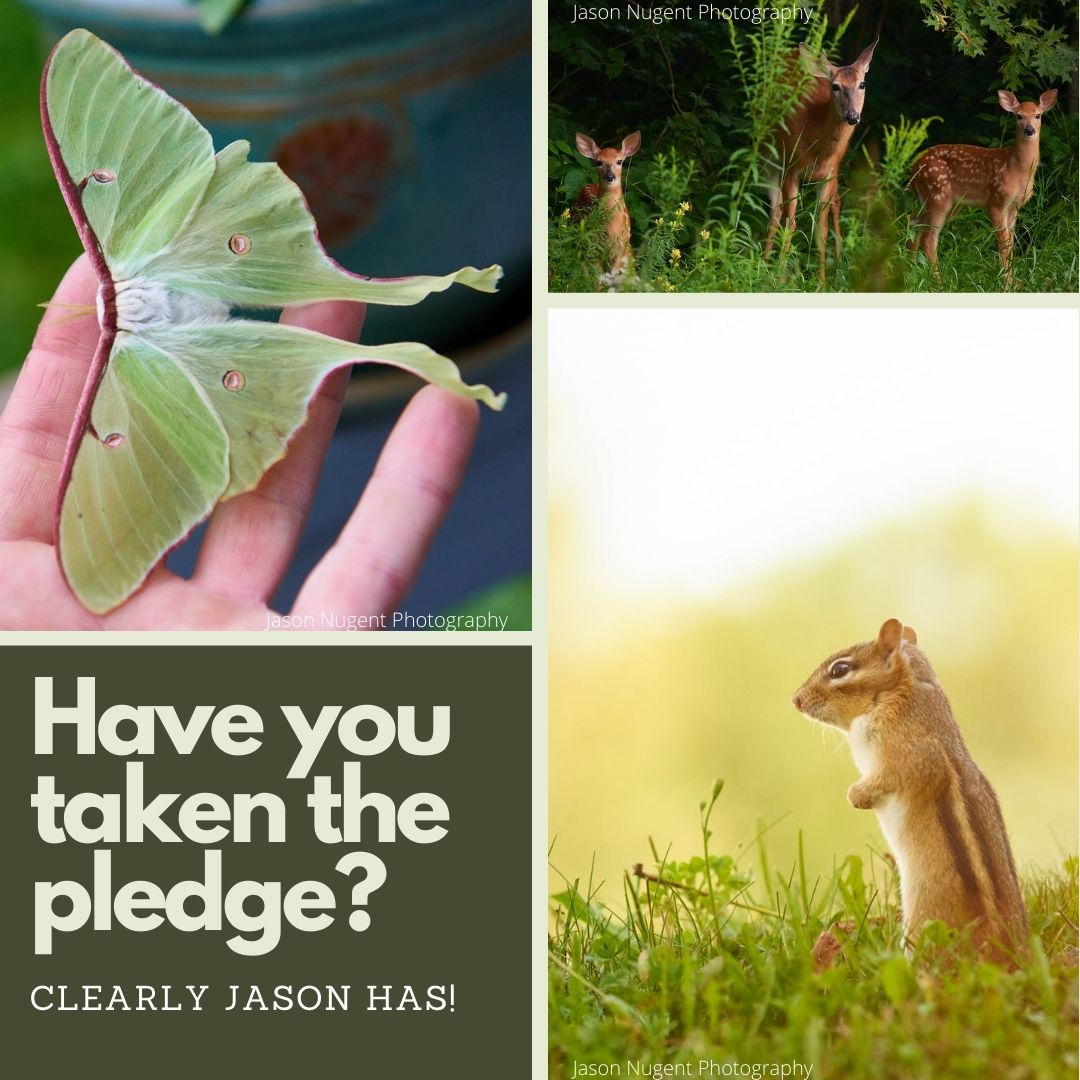 Everyday is a great day for citizen science and yesterday was no exception when Bridgette L'Heureux her daughter partnered with NWAI to install @DucksUnlimited duck boxes on Marysville flats. https://t.co/tycwIAQijn #MyNashwaak #duckboxes #citizenscience #familyvolunteering https://t.co/xI14888UT3 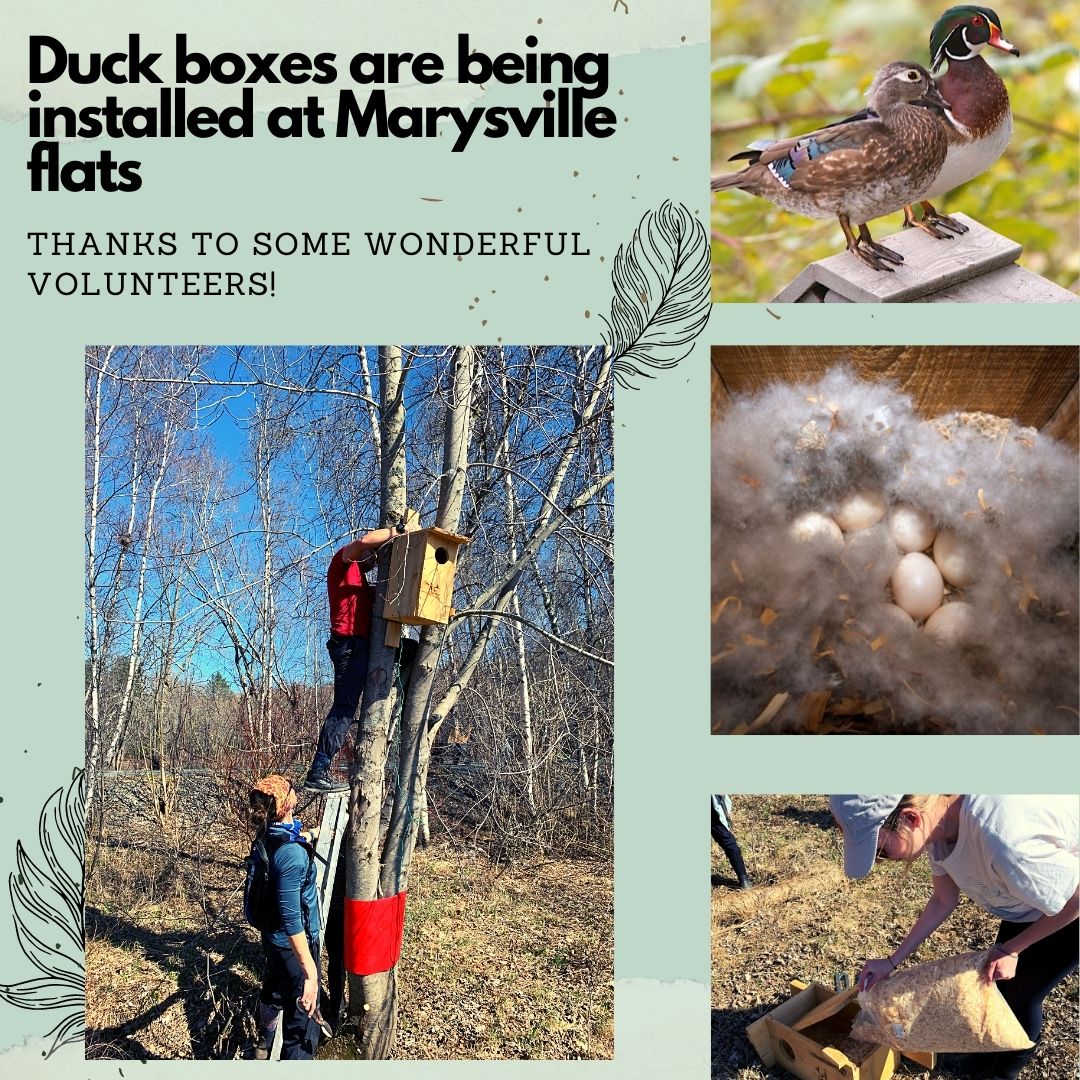 Today folks all over the planet are coming together on Endangered Species Day to celebrate biodiversity and further action plans to protect and support endangered species. In New Brunswick we have a growing list of species at risk who warrant our attention. These species are at risk by various combinations of habitat/resource loss and negative human interactions. This list includes but is not limited to Piping plover, Peregrine falcon, Bald Eagle, Harlequin duck, Painted turtle, Eastern leatherback turtle, Maritime ringlet butterfly, Monarch butterfly, American eel, Atlantic salmon and Canada Lynx. Efforts to protect the wild places these charismatic creatures call home is increasingly urgent with the changing climate. We can make an impact by sharing our energy and passion with our communities. Please consider volunteering with us or one of the many wonderful New Brunswick organizations working to protect the threatened habitats these creatures rely on. Nature NB Conservation Council of New Brunswick Canadian Parks and Wilderness Society New Brunswick - CPAWS NB The Nature Trust of New Brunswick Community Forests International #EndangeredSpeciesDay #protectbiodiversity #keepnaturewild #volunteer #MyNashwaak #eauNBwater ... See MoreSee Less

Ian, Mariah, Lauren and Marieka took part in a Wilderness First Aid Course in Fredericton this week. Blair Doyle ran us through realistic wilderness scenarios that taught us to keep a cool head and figure out how to care for injured people in the great outdoors. Special thanks to Maritime College of Forest Technology for hosting us! #wildernessfirstaid #eauNBwater ... See MoreSee Less

We have been busy this week at the NWAI with training and field work and so we are a day late in celebrating World Migratory Bird Day. All the same, the ways we can help with 2022's theme of light pollution are just as relevant today! Many migratory birds travel continuously throughout the day and night and the decisions we make about lighting our homes and properties matter. Consider having your outdoor lighting on a timer and or motion sensor to reduce the impact of unnatural light in the evening hours. These efforts are important as navigation by way of the stars is key to migrating birds. Tell your neighbors, share with friends, our community efforts have an impact. To learn more visit www.worldmigratorybirdday.org/#migratorybirdday2022 #lightpollution #migration ... See MoreSee Less