Executive Director Marieka Chaplin was recently interviewed by Radio-Canada on the topic of water classification. Clear targets for the Nashwaak River would provide certainty so that we can ensure the water quality remains the same and even better, improves over time. Regulation would make the water classification legally binding. All users would be assured that our water remains the same or improves.

In March 2016 Minister Roussell announced that DELG is developing a new water protection strategy. This gives First Nations, scientist, business and local watershed groups and enviro. Groups hope that the neglected Water Classification Regulation will be enacted as the strategy’s key component.

Text of the interview can be found here.

Ombudsman concludes the Water Classification Regulation 2002-­‐13, of the Clean Water Act “exists primarily as a mirage”

Fredericton ­‐ Today, the Nashwaak Watershed Association (NWAI) responded to the “Report of the Ombudsman into the Department of Environment’s Management of the Provincial Water Classification Program”, released on Friday, August 15th by Ombudsman Charles Murray.

“We are both saddened and encouraged by the Ombudsman’s findings,” says Paul McLaughlin, President of the Nashwaak Watershed Association.

“Saddened because for more than ten years now, we have been working, largely as volunteers and in good faith with the Department of Environment, to see enacted the protections afforded under the Clean Water Act, and we have been stalled in our efforts by the inaction, indecision and neglect by our provincial government.”

Marysville – Five community-based organizations in the Nashwaak watershed have individually and collectively submitted a formal request to the Department of Environment and Local Government to classify the Nashwaak River and its tributaries.

On June 12th, the Nashwaak Watershed Association Inc, Taymouth Community Association, Stanley Agricultural Society, Stanley Area Action Group and the Penniac Anti-Shale Gas Group co-filed the official request to the New Brunswick Department of Environment and Local Government to classify the Nashwaak River and its tributaries. This request is a formal submission under Section 8.2 of Classification Regulation 2002-13 of the Clean Water Act 2002-56.

The community-based organizations joined forces to request official finalization of the classification program initiated in 2001 as a partnership with the Province and carried out by the Nashwaak Watershed Association. The watershed was given provisional classification status in 2002 that includes mostly pristine “A” class waters.

END_OF_DOCUMENT_TOKEN_TO_BE_REPLACED

Questions about Water Classification? We’ve prepared this handy fact sheet for you.

END_OF_DOCUMENT_TOKEN_TO_BE_REPLACED

@WatershedsCAN Congratulations on the appointment of Robert Pye!

@CanadaTrees: Tree planting can help restore ecosystem and climate health—but only if it's done with those long-term goals in mind. As ED Daimen Hardie points out in @globeandmail, forest resilience depends on a greater diversity of tree species being planted. https://t.co/eIcPwcwWC9

We have an amazing new sign for our restoration site at Neill's flats! Many thanks to Doug Daley and the team at Kiers Marketing for their design work, Allan Tremblay for the translation and our summer student Ryan Totten for designing and building the gorgeous frame. https://t.co/xiFkhwlcVJ 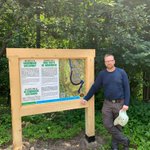 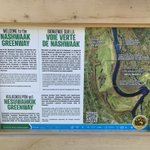 Executive Director Marieka Chaplin was honoured to receive a Gulf of Maine Council 2022 Visionary Award, on behalf of the NWAI. The award recognizes outstanding innovation, creativity, and commitment to protecting natural resources within the Gulf of Maine. https://t.co/bX5rNGaleF 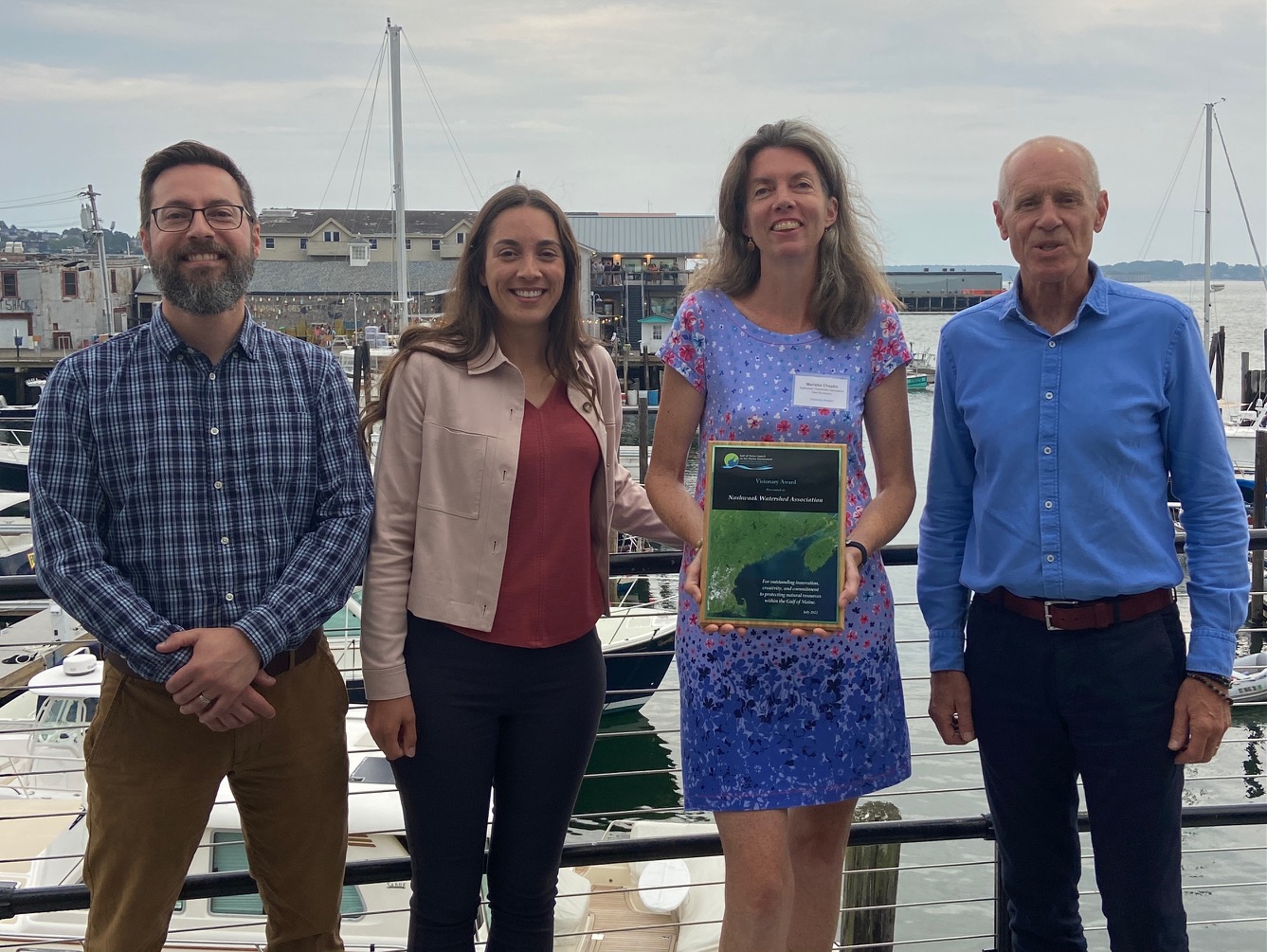 The (Nashwaak) watershed is home to 38 species of mammals, 15 species of amphibians, 7 species of reptiles, more than 200 species of birds, and more than two dozen species of fish. " -Philip Lee, author of the Restigouche – The Long Run of the Wild River. #natureconservationday https://t.co/YH62RTBAJf 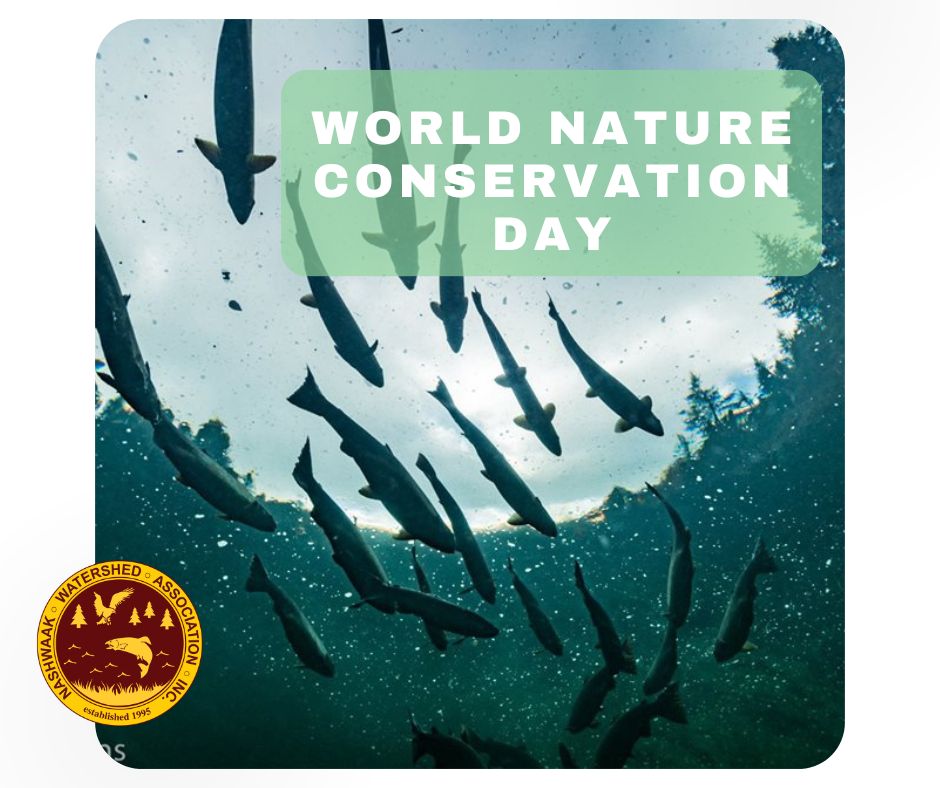 Thanks so much to the volunteers who helped us count monarch caterpillars and eggs this week! We examined 265 stems of common milkweed along the trails and found 32 caterpillars and 11 eggs. Thanks Nature NB for helping us participate in the monarch bioblitz! ... See MoreSee Less

This Friday, along with the The Nature Trust of New Brunswick, we are welcoming volunteers to assist in the restoration efforts along the Marysville Flats.To register, click the link below:www.eventbrite.ca/e/376768483677 ... See MoreSee Less
View on Facebook
· Share

Looking for an excuse to get outside after all this rain? Join us tomorrow (Tuesday) evening to look for monarch eggs and caterpillars! No need to register - just meet us in the parking lot of York Arena (891 Barker St.) at 6:30 for some citizen science and fresh air!! ... See MoreSee Less